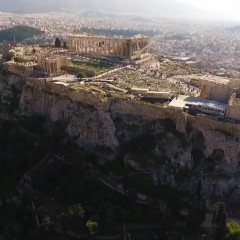 Aerial view of Acropolis & the Parthenon

Aerial view of Acropolis & the Parthenon by fabdrone, this is #Athens, passion for ☼ #Greece #Greece_Athens The Acropolis of Athens is an ancient citadel located on a high rocky outcrop above the city of Athens and contains the remains of several ancient buildings of great architectural and historic significance, the most famous being the Parthenon. 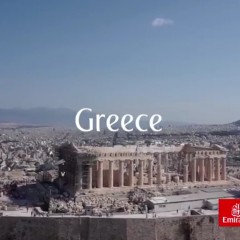 Take a trip with us through over ancient temples and streets within Athens, before gliding over mountains covered in rustic villages and olive trees. Beautiful, clear Greek beaches and harbours house both old, wooden boats and colourful fish, while the whitewashed towns are a hive of activity, between markets and clubs and cliff-side bars. View from Above is filmed with top-end GoPro cameras mounted onto high-tech DJI unmanned... 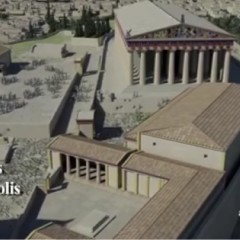 An acropolis is an area of high ground. In ancient Greece, many cities were built around an acropolis. It was easier to defend high ground than it was low ground. They could see the enemy coming and take shelter in the buildings built high above the city. The most famous acropolis in ancient Greece is probably the one in ancient Athens. The acropolis in Athens is so famous that it is usually capitalized, like a proper name, and... 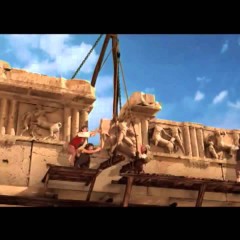 The Parthenon through time Parthenon of Kostas Gavras (HD) – was made to tell the history of this great monument of Greece. 3500-3000 BC The caves on the slopes of The Rock were first inhabited in the Neolithic period. Mycenaean Period The Bronze Age kings of Athens had their palace here and fortified the hill (in the 13th cent. BC) with a strong circuit wall 760 m in length. 8Th Century BC The Mycenaean palace was replaced by a... 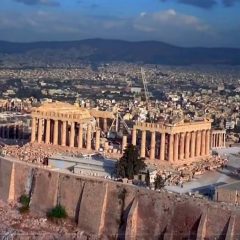 One of the most famous and historically important buildings in all the world, the Parthenon, remains today a powerful symbol of all that the Greeks held dear: the ideals of artistry, organic beauty and democratic participation. But sadly, over the centuries, the once lavishly decorated and brightly painted Parthenon has been ravaged by wars, invaders and time itself and reduced to partial, faded ruins. The towering 42-foot tall statue... 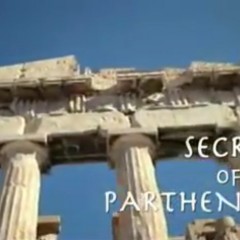 Secrets of the Parthenon

Secrets of the Parthenon – Documentary – Greek Subtitles For 25 centuries the Parthenon has been shot at, set on fire, rocked by earthquakes, looted for its sculptures, almost destroyed by explosion, and disfigured by well-meaning renovations. It has gone from temple, to church, to mosque, to munitions dump. What could be next? How about a scientific search for the secrets of its incomparable beauty and astonishingly rapid...