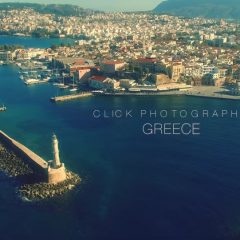 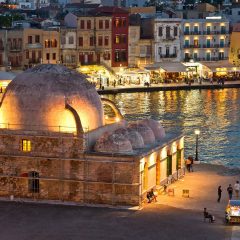 Chania, Venice of the East

Chania is the largest city of Crete after Heraklion which is the capital of the isle. Chania is praised for its mystical atmosphere and beautiful harbor and its labyrinth of narrow alleys. The city is very popular among tourists and well known for its beauty. Built on the Minoan settlement called Kydonia, Chania became an important city-state during the Classical Period. Conquered by the Romans, the city kept changing hands until the... 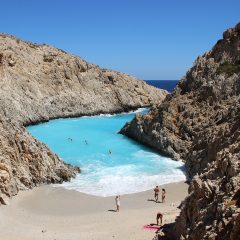 Seitan Limania is a well-hidden corner of the northeast side of the Akrotiri peninsula, 20 km from the city of Chania, Crete. There you will find a beach that differs from other beaches. https://www.facebook.com/GreeceTravelling/videos/1205213622882995/ Nature created three inlets between the steep cliffs of the peninsula. In one of them is located the well-hidden beach. Location is known as Seitan Limania. The word... 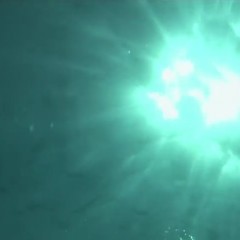 Chania, a journey along its beaches #Crete

Chania | A journey along its beaches A trip along the beautiful beaches of Chania guided by two synchronized swimming athletes. Produced by the Municipality of Chania and Indigoview Productions

Dancing with a Cretan Heart

FlashMob @ Chania | Dancing with a Cretan Heart | Apr 2014 The popular Cretan artists George and Nikos Stratakis enjoy their coffee at the old port of Chania. The tabor lying on the table and its thrilling sound arouse the interest of a kid. The artists could not withstand. They started to accompany the sounds of the kid and the guests started clapping. The dance did not take long to start. The spontaneous musical call led Greek and... 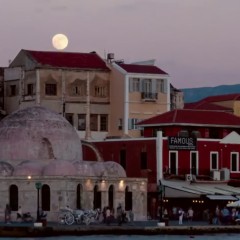 Chania – A journey through its flavors

Watch how Mr Douglas journey is changed through the hospitality and flavours of Chania in Crete. The video of the campaign “Chania – A journey through its flavors” was honored with the Gold Award in the “Commercial Tourism” category at the Baku International Tourism Film Festival in the Republic of Azerbaijan. Some 80 films from 31 countries competed in the festival. The aim of the festival is to promote...