Conde Nast Traveller The Best Islands in the World

Condé Nast Traveler readers ranked the best islands in the world outside the U.S. in the 2016 Readers’ Choice Awards survey, from nearby Caribbean beaches to far-flung islands in Southeast Asia. Counting down…

We were glad to see Conde Nast Traveller best islands in the world with 3 Greek islands among The Best Islands in the World. Mykonos, Crete and Santorini were ranked by Condé Nast Traveler readers at top positions. 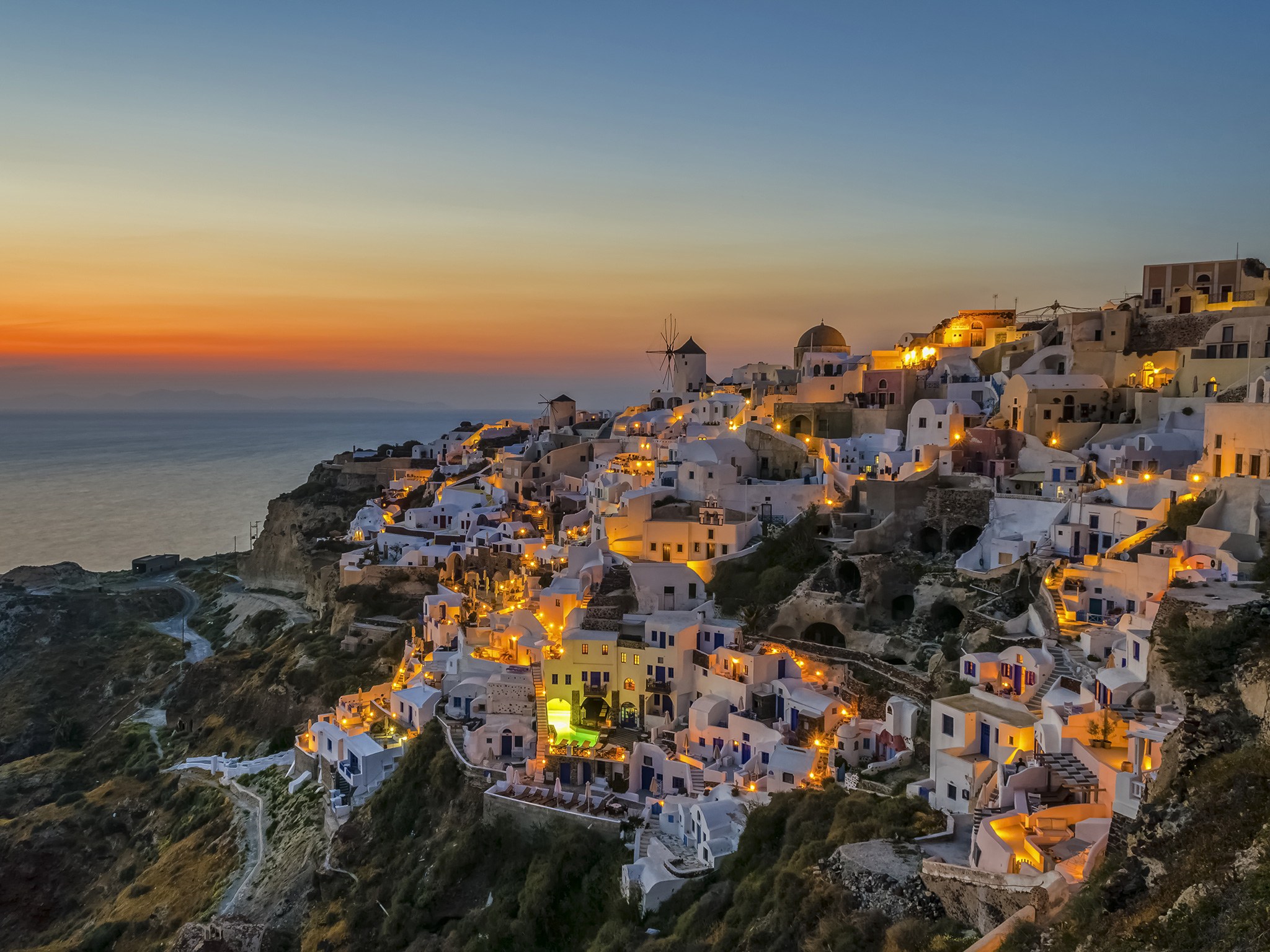 No island group is so shrouded in myth as the Cyclades in the Aegean Sea. Santorini, on the southernmost end of the chain, is a volcanically formed island with dramatic cliffs, ancient ruins, and picturesque towns said to be the inspiration for Plato’s Atlantis.

Pro tip: Watch the sun set from Oia, a small village on the southwestern coast made up of whitewashed structures and cave houses built into the cliff side.

Getting there: Direct flights to Santorini are available from London and Athens. But if you want to take the scenic route and get the full Cyclades experience, take a ferry from Athens (5 to 8 hours). 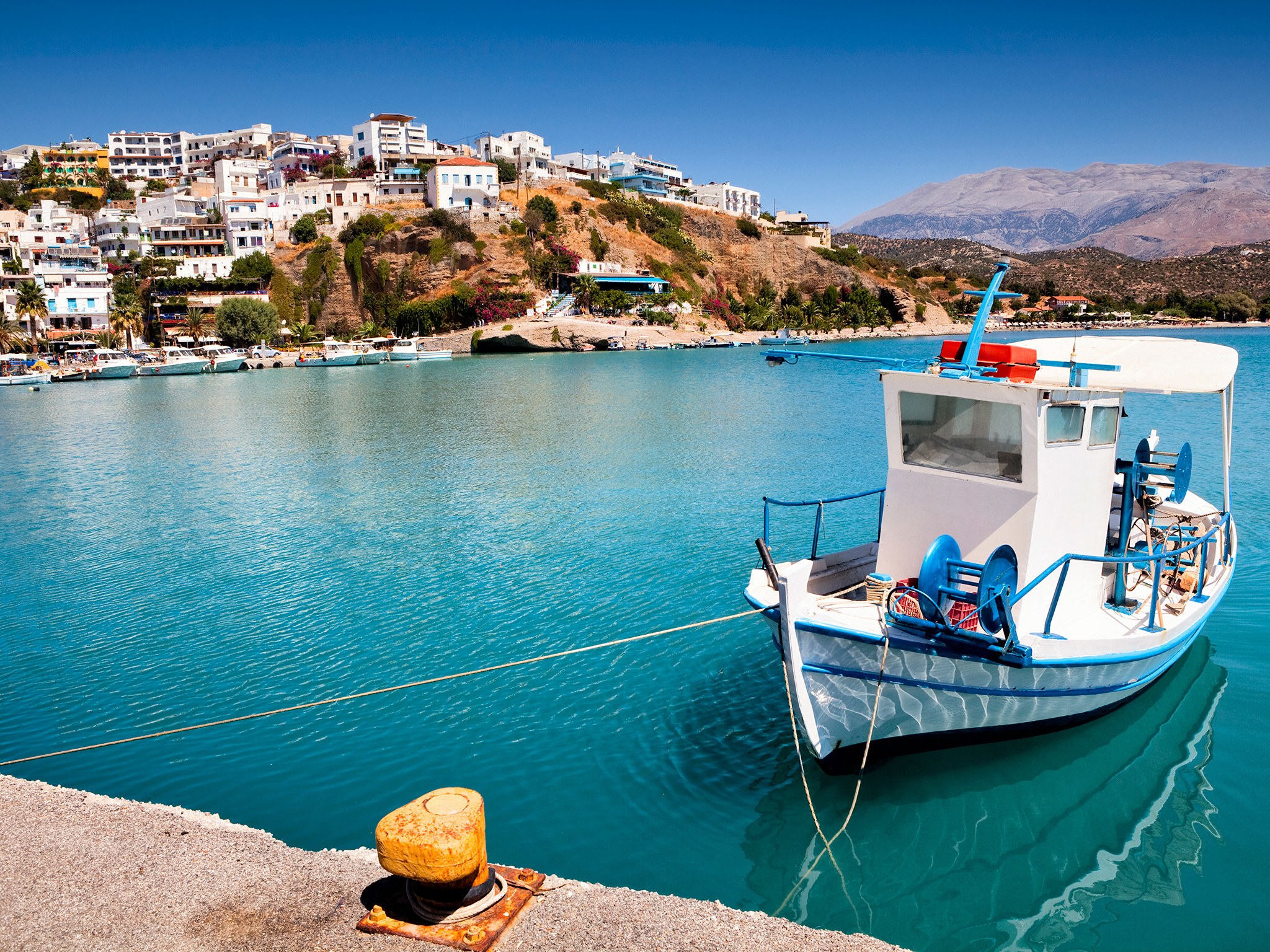 The largest Greek Isle, Crete is also one of the most distinctive, with its own unmistakable culture, landscape, and mythological history. Make sure to visit the Minoan palaces in Knossos if you make it beyond the beach.

Pro tip: Skip the bumpy drive or three-hour hike to one of the most photographed spots in Crete. Balos Beach is most easily accessed by ferries from Kissamos port.

Getting there: Most flights to Crete connect in Athens, but visitors can also take the year-round ferry from Piraeus or the summertime ferry from Santorini. 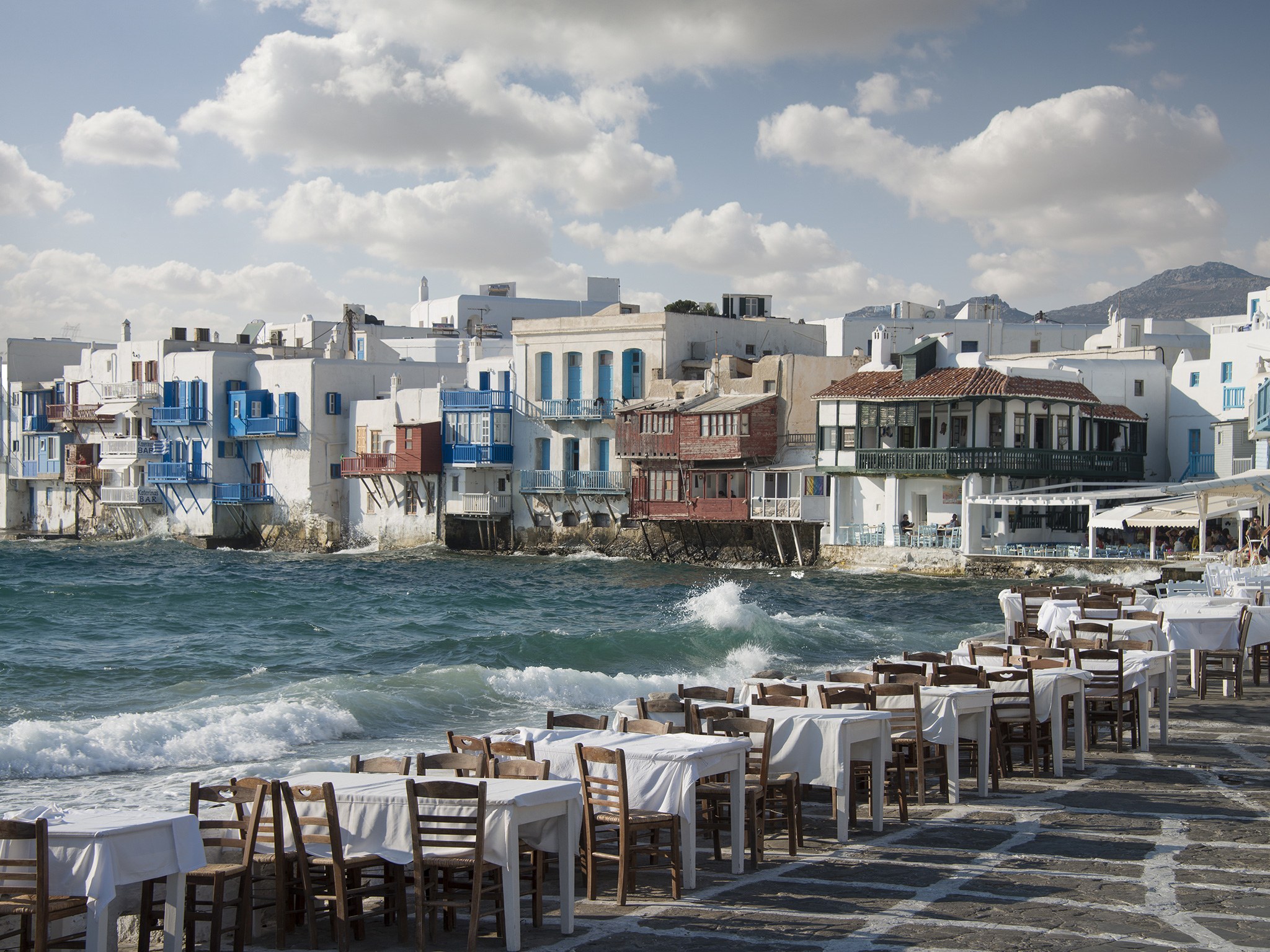 Said to have been where Hercules killed the invincible giants, Mykonos is steeped in mythological history. A popular cruise ship stop, the island is more recently known for its raucous party reputation that would impress even Dionysus.

Pro tip: Avoid July and August to miss the major crowds and get a better sense of local life. Head to Little Venice, an uncrowded neighborhood full of tavernas. While in the area, stop by Kounelas, close to the harbor, to eat what locals say is the best fish.

Getting there: Daily flights from Athens take about 35 minutes. Ferry trips, the less expensive option, last between three and five hours on high-speed or slow ferries.